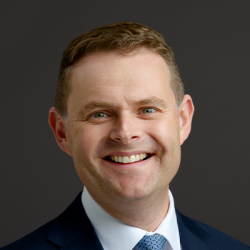 Stephen is proud to live in the western suburbs with his wife Antonia and their children Benjamin, Isaac and Olivia.

In 2016, Mr Mullighan was also appointed the Minister for Housing and Urban Development.

Prior to his appointment as Minister, Mr Mullighan led Deloitte’s economics team in Adelaide between 2010-2013, providing economic advice to corporate clients, non-profit sector and state and federal governments.

He holds a Bachelor of Arts degree from the University of Adelaide.