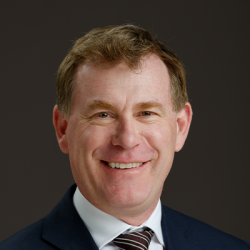 Minister for Trade and Investment

Minister for Housing and Urban Development

Nick Champion, born in Elizabeth, South Australia, has spent much of his working life advocating for workers’ rights and representing his local community.

First elected to Federal Parliament in 2007, Mr Champion served as Shadow Assistant Minister for Manufacturing and Science, along with Deputy Chair of the Joint Standing Committee on Foreign Affairs, Defence and Trade.

Mr Champion married the love of his life, Fiona, in Gibraltar – and in 2016 years later their family grew, the pair now raising their five-year-old daughter Louise.

Mr Champion resigned from Federal Parliament in 2022 to contest the seat of Taylor at the State Election, which is the community he now represents.

Previously, Mr Champion studied a Bachelor of Arts at UniSA and a Graduate Diploma in Communication. While completing his studies and after graduating, Mr Champion worked as a cleaner, salesman, trolley collector, and went on to become an union official at the Shop Distributive and Allied Employees’ Association.